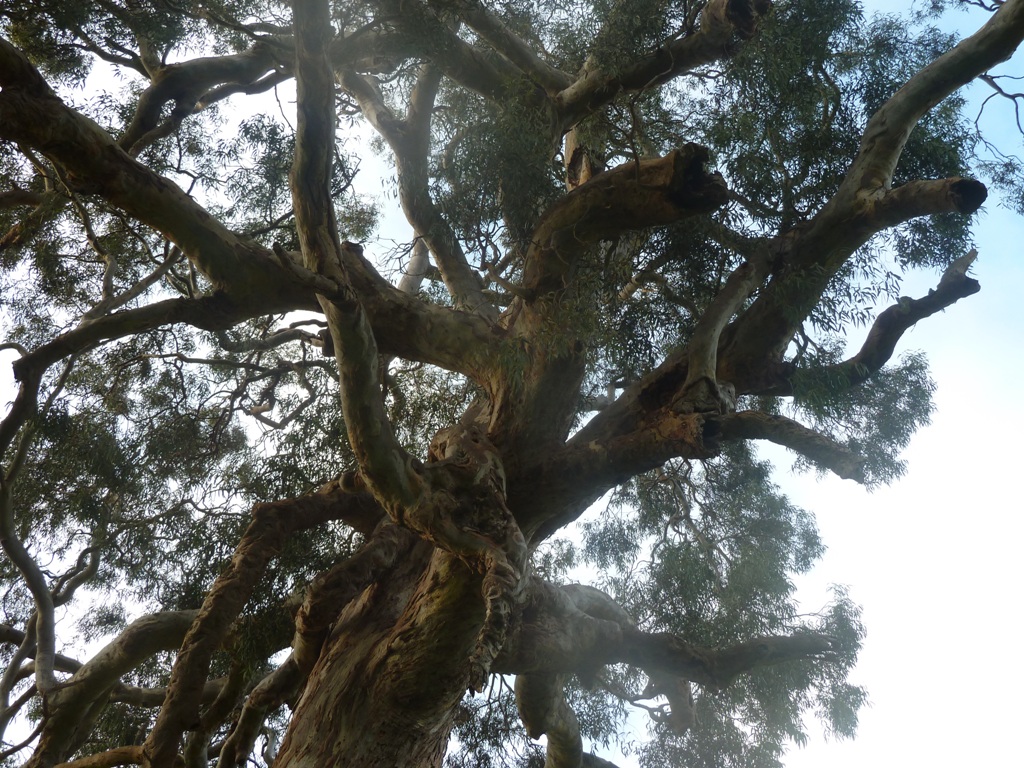 Normally at this time of year we would have just done our annual National Tree Day planting. This year is different, but it is still worth considering some of the beautiful trees we have in our area. The River Red-gum (Eucalyptus camaldulensis) is probably the most recognisable of all eucalypts with its smooth creamy/grey branches, flaky bark on the trunk and red coloured wood. They are the most widely distributed eucalypt in Australia and are found along river courses and floodplains throughout the county. Surprisingly the iconic Australian River Red-gum takes the camaldulensis part of its scientific name from the Camaldoli monastery in Naples, Italy. The first scientifically described River Red-gum specimen grew here for about 100 years before being cut down in the 1920s. Red-gums can live in excess of 500 years and older examples are large and gnarly with expansive canopies of twisted branches. They only start to form the hollows that are used by wildlife when they are about 100 years old. A single old hollow bearing Red-gum, like the example above on Viewbank Hill, can be home to a startling collection of wildlife including: Possums (ring and brush-tailed), Sugar-gliders, various Parrots, Pardalotes, Kookaburras, Honey-eaters, Tawny Frog-mouths and Owls. Red-gums were widely felled for their wood and to make way for agriculture and housing. They continue to be removed to make way for roads/construction. Banyule is lucky to have a scattering of pre-European Red-gums and areas of regrowth with many younger trees.